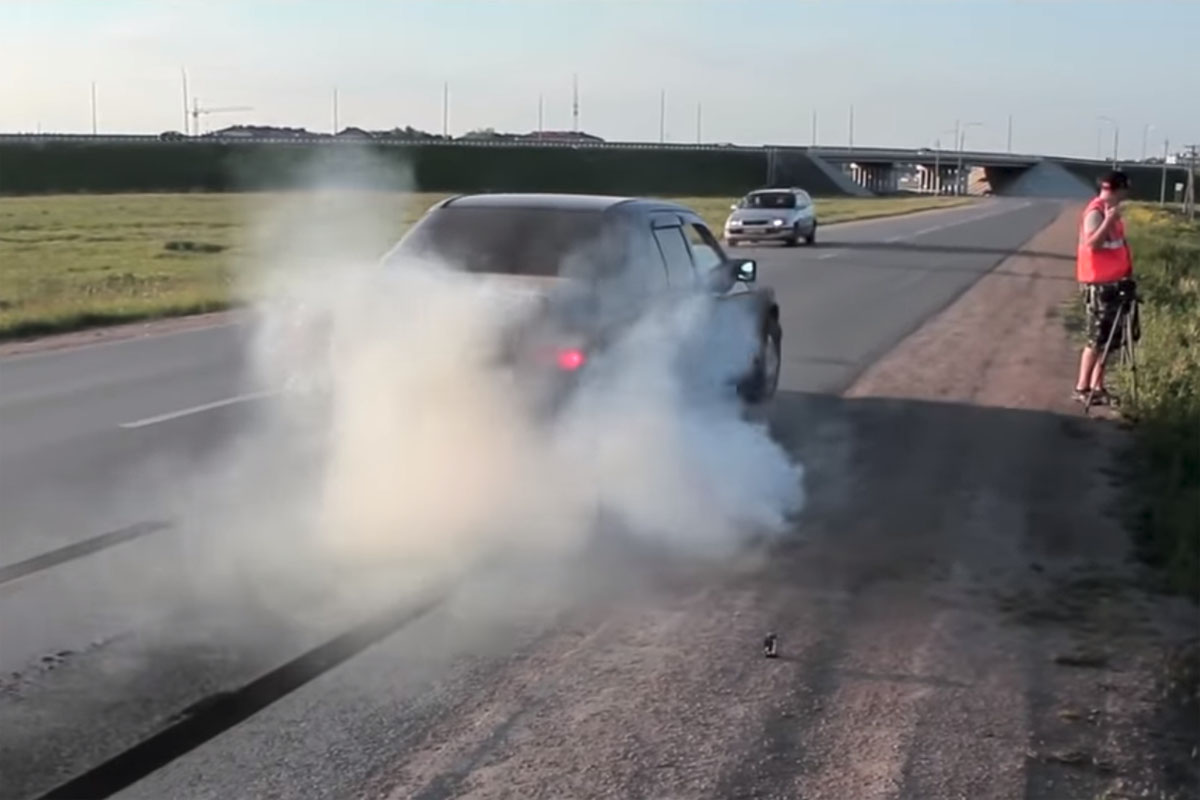 Because why not, right?

The guys at Garage54 in Russia have been doing some crazy stuff for years with their vehicles. Nothing is too outrageous or wild when it comes to trying things out on a beat up car. They’ve replaced tires and rims with tape, made their own spiked snow tires, and even used coil springs instead of rubber. 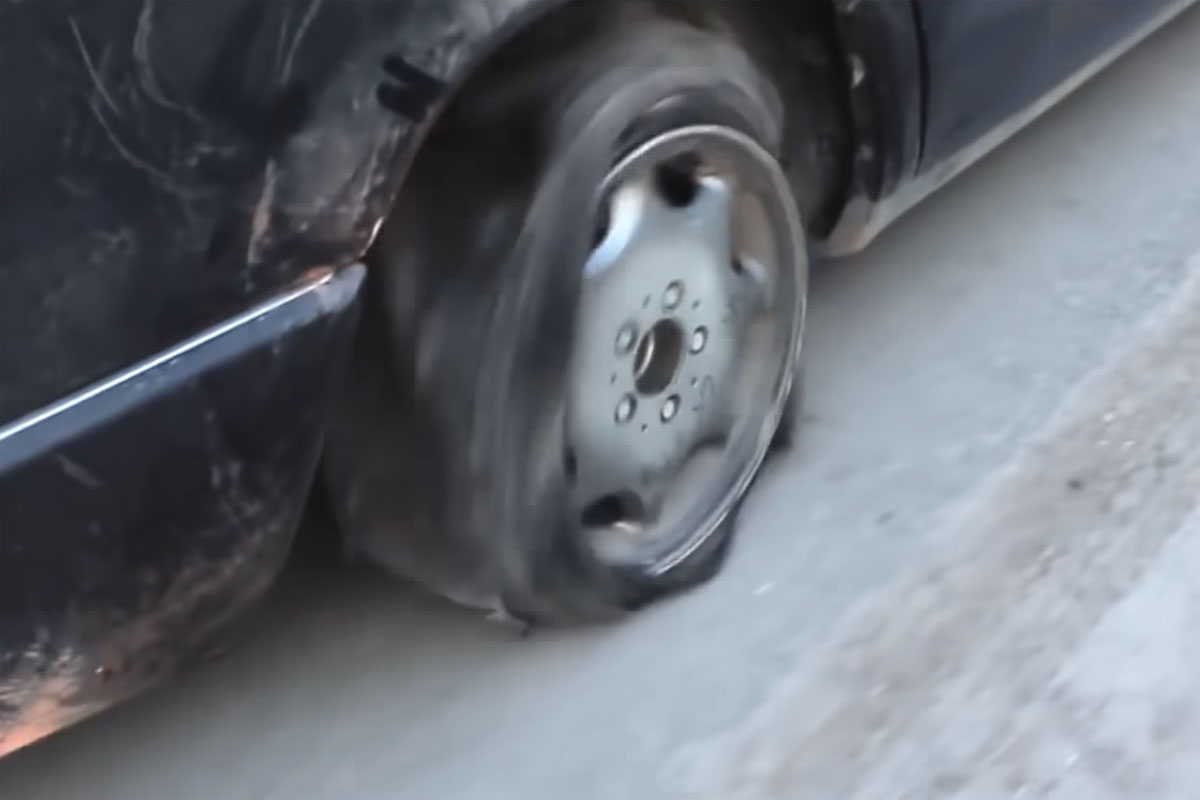 This time around things are a bit more traditional but crazy nevertheless. They acquired an old Mercedes-Benz E280 as well as some tires and rims that “are just too good to throw away just yet.”

So, they took the Mercedes-Benz E280 out to a public country road and decided to just roast the tires and rims. After a couple of lengthy burnout sessions in the middle of passing traffic, the rubber began to come apart as the cord and other parts separated.

So, that just meant that more burnouts were necessary. So, they put the tires and rims through the roaster once again until it was flat. At that point, it was decided that it was time to drive home on the flat tire. After a mile it was decided that the car could no longer go any further with the sun setting, so they decided to call it quits – which is kind of shocking.

Can’t wait until next time with these guys from Garage 54.