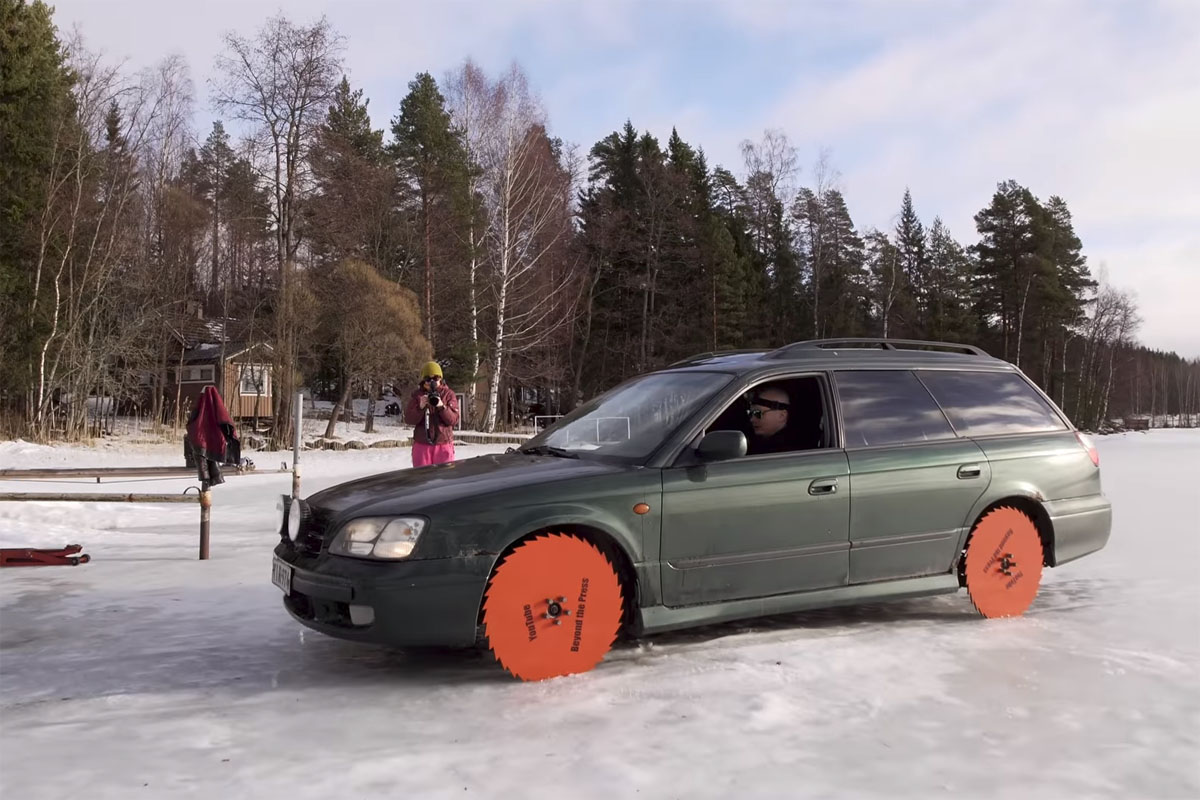 Talk about cutting through the ice.

Sometimes when you live in Finland and it’s winter, you get bored. So, the guys at Beyond the Press decided to take their Subaru Legacy and make it a little more interesting by taking off its car wheels.

And replacing them with saw blades. 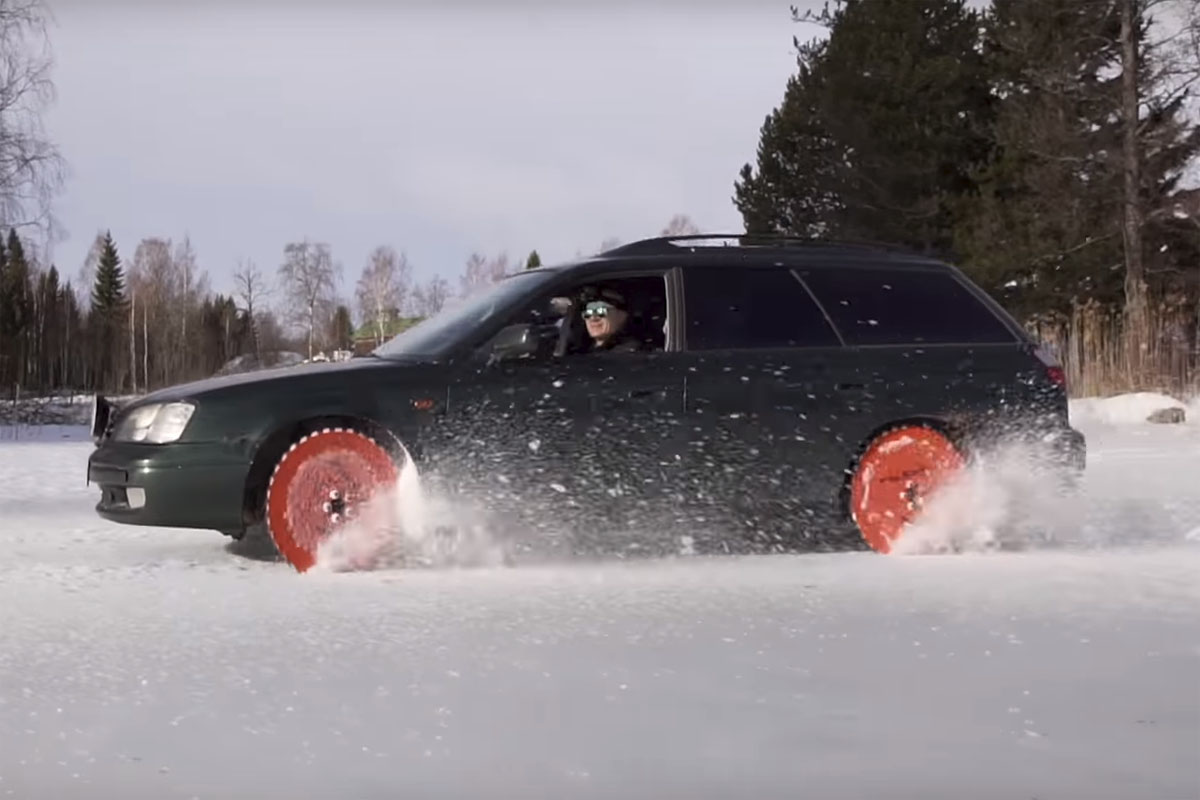 Yes, you read that right. This duo took off the car wheels and tires from their Subaru Legacy and installed a set of custom-made saw blades. These blades are no laughing matter, either and can cut through gloves (as seen on video). Each blade is about two feet in diameter, half-an-inch thick, and weighs about 77 lbs. That’s much heavier than your set of standard car wheels and tires.

So, they decided to drive it on a frozen lake with some very, very, very thick ice. After a test run, they decided that it would be a good idea to keep it closer to the shore just in case the new saw blade car wheels cut through the ice.

After a few laps, they decided to test it out on land and do a few laps. The blades were able to get a pretty good amount of traction and go about 60 km/h through the dirt road without damaging the car.

So, if you’ve ever wanted to create your own vehicle of death and destruction, you may want to start with saw blades for your rims and tires.