At the 2015 SEMA Show in Las Vegas, Chevrolet will be showcasing over 20 different vehicles modified and upgraded with production and concept accessories ranging from engine hardware to new car rims and finishes. A few Camaro models will be on display, one of which is the new Camaro SS Black Accent Package concept.

“All of the exterior accessories enhance the Camaro’s already strong design, as they were developed in the Chevrolet Performance Studio alongside the production model itself,” said Adam Barry, senior creative designer, Chevrolet Camaro. “That means customers can personalize their new Gen Six Camaro with parts that are styled, engineered and aero-tested by the same team that designed the car.” 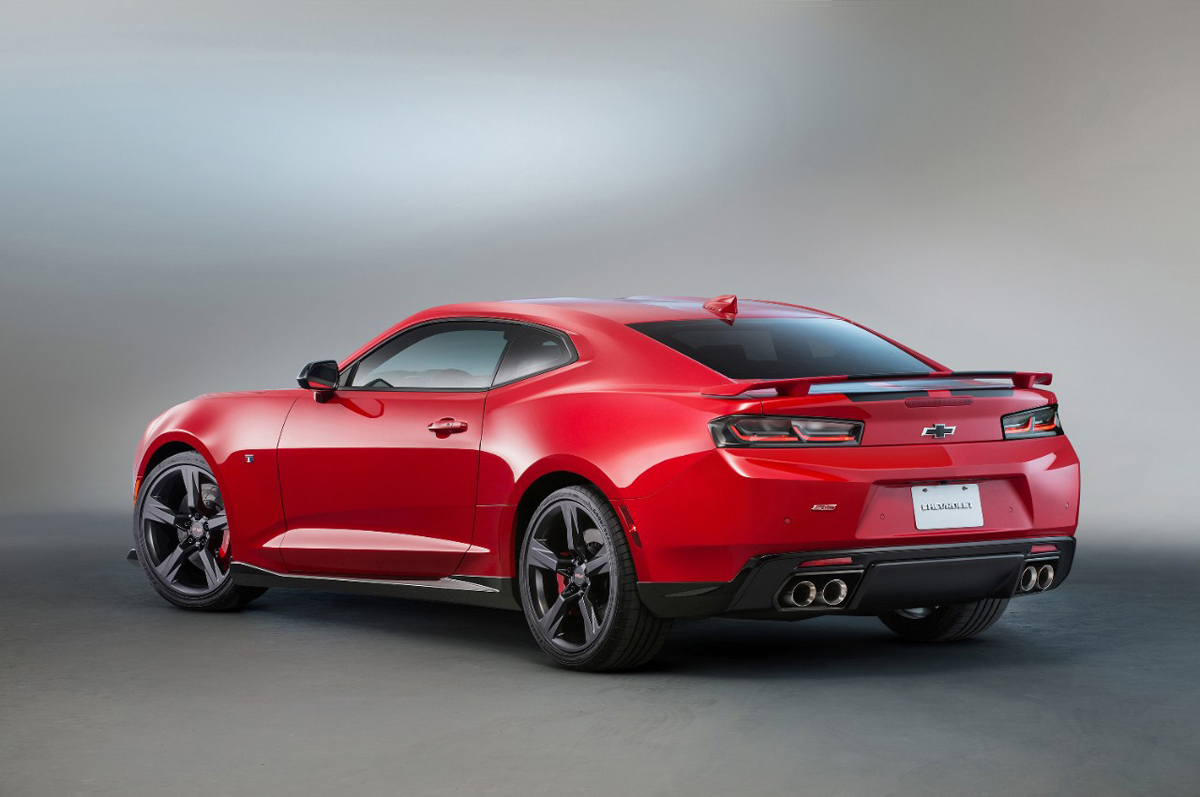 The new Camaro SS Black Accent Package concept boasts a red exterior paint featuring two satin black rally stripes running over the hood, roof, and trunk. New ground effects and body work are all in black such as the front spoiler and the new side skirts that sit between the black car rims. Black is also worn by the bowtie emblems at the front and rear as well as the side mirrors and concept black fuel door cover.

Even the engine gets some love with the new Camaro SS Black Accent Package concept. A new performance air intake and red accented engine cover make for some extra show and go.

Inside the muscle car are new additions that make driving even more enjoyable. New sport pedal covers, SS-logo premium carpeted floor mats, and black knee pads round out the upgrades below the beltline. A leather trimmed black interior makes its presence felt while suede is worn by the new console lid with Chevrolet Performance logo and contrasting red stitching.

The new Camaro SS Black Accent Package concept will be on display at the 2015 SEMA Show in Las Vegas.