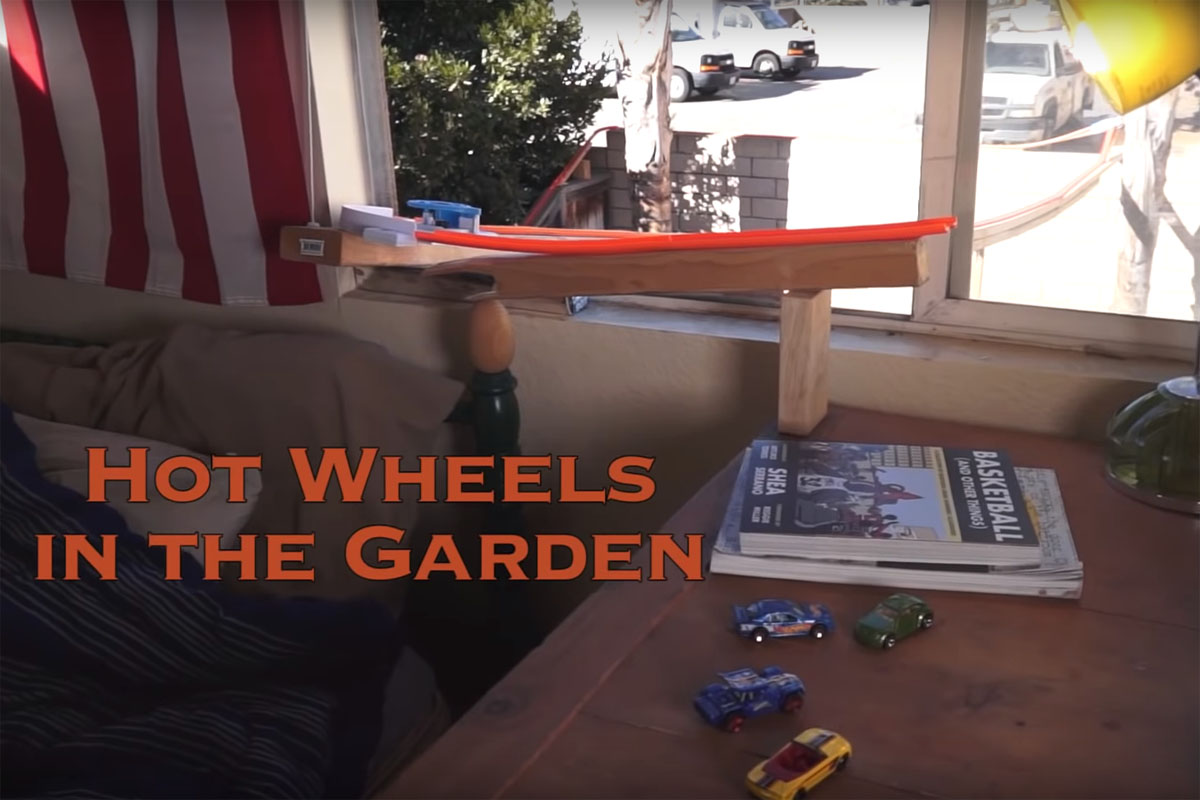 ‘Hot Wheels in the Garden’

One of the coolest toys that you can play with as a kid (or even as an adult) are Hot Wheels cars and their corresponding track set. These miniature cars were first modelled after actual race cars, street cars, and other real-life vehicles, and have since evolved into some pretty crazy looking concepts with all kinds of tracks. If you were skilled with a paintbrush, you could even make your own custom wheels with a bit of creativity. Pair that up with a track set, and you’ll have an afternoon of fun.

The guys at 5MadMovieMakers on YouTube decided to create their own mega track using all those soft plastic orange track pieces from Hot Wheels. The custom wheels start to roll in the bedroom and out of the window where they slide down a wooden bridge and around a turn that leads across a wall. From there, the Hot Wheels dive down into the garden where they are met by a vertical loop and more turns. After the garden, the custom wheels speed under the fence and come to an end on the side of the house.

In total, the track is 141-feet long. That’s nothing short of impressive, especially considering the fact that the track involves numerous turns, and a unique layout that goes right through the garden. Depending on what kind of custom wheels you’re running, one Hot Wheels car can complete the run in just 25 seconds with an average speed of 3.8 mph. If you take into account the 1:64 scale of the cars, that’s like a full-size car doing the same run with an average speed of 244 mph.

What’s even cooler is the car that was used to film the track and provide POV footage. This set of custom wheels was actually 3-D printed by Raptor House Effects to accommodate a camera for the entire run.

Here’s the credits:
“Music “Glimmer” by Road Lizard
3D printed camera car built by Raptor House Effects. Special thanks to Andrew Cobb, Luke Hall, and Cameron Lee for their assistance with filming the track, Zach Castle for flipping the lamp switch, and to the rest of The Booge for putting up with a big wooden beam extending from one of the windows for several nights.”