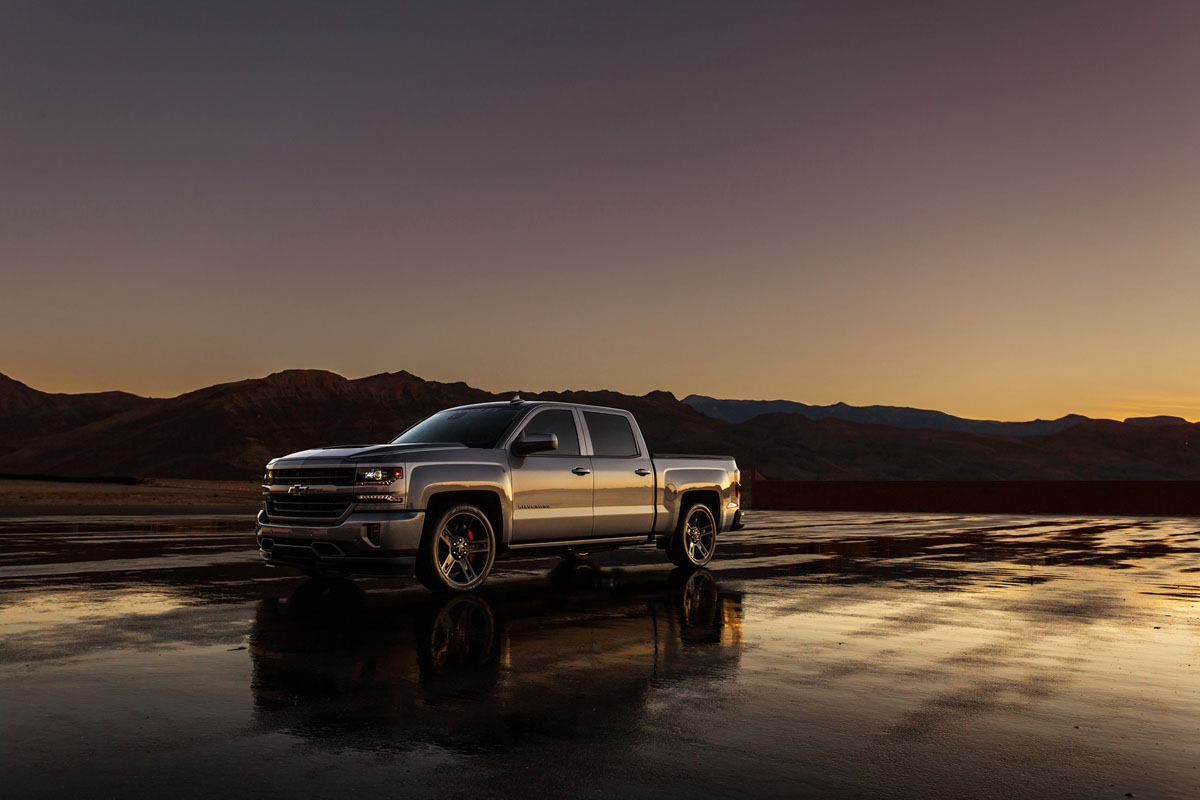 Chevrolet is dipping their toes into the performance truck game against the likes of the Ford F-150 Raptor at SEMA. The new 2018 Chevrolet Silverado Performance Concept adds some serious power and style thanks to a new supercharger, 22-inch truck wheels, and other upgrades inside and out. 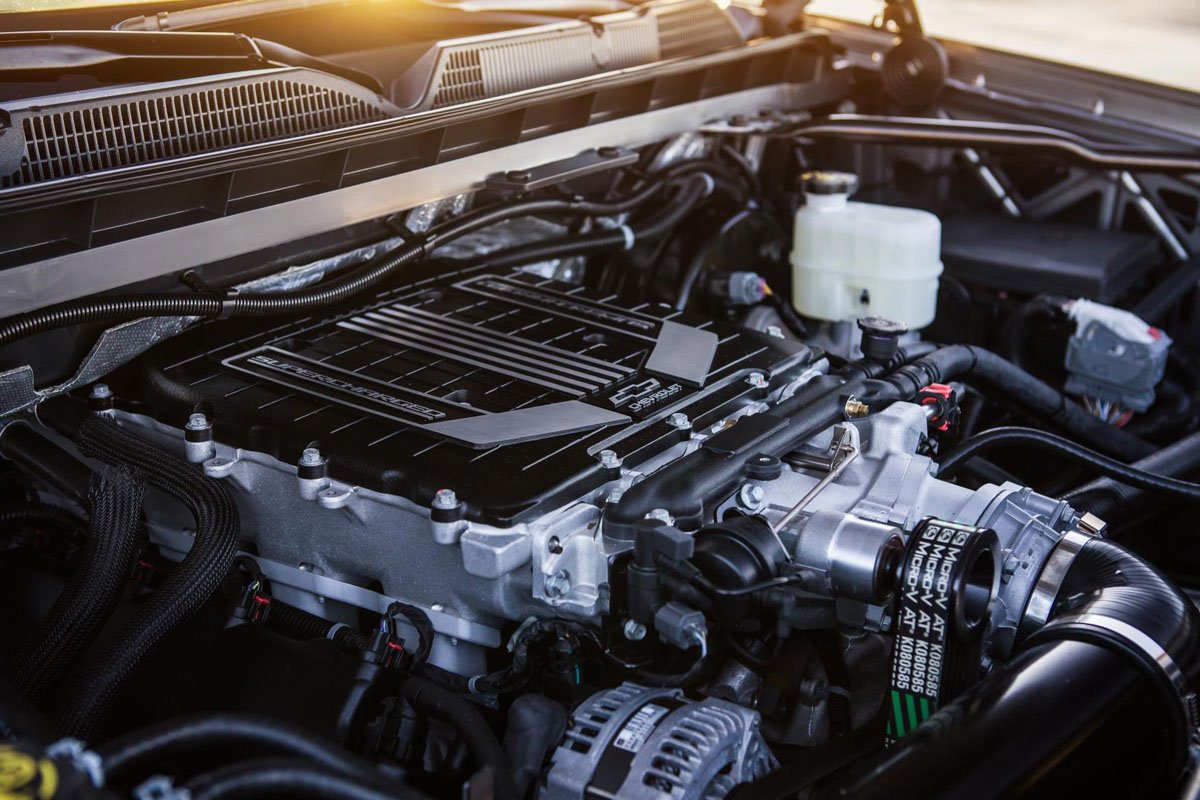 At the heart of the new Chevrolet Silverado Performance Concept that’s on display at the 2017 SEMA Show in Las Vegas is the factory 5.3-liter V-8 engine. Instead of the naturally-aspirated variant that comes from the factory, this has an intercooled supercharger that’s based on the ones found on the LT4 models of the Corvette Z06 and Camaro ZL1. The result is an increase of over 100-horsepower going to the truck wheels, putting output at over 455 horsepower! 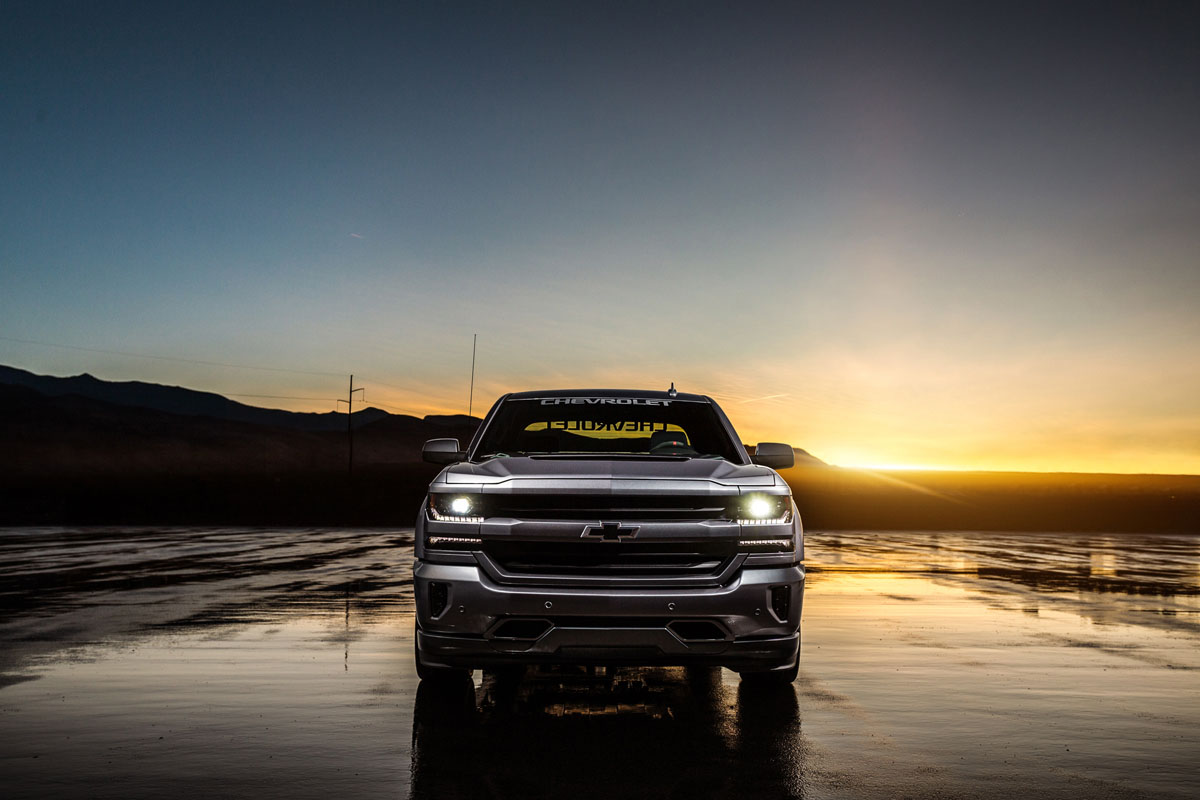 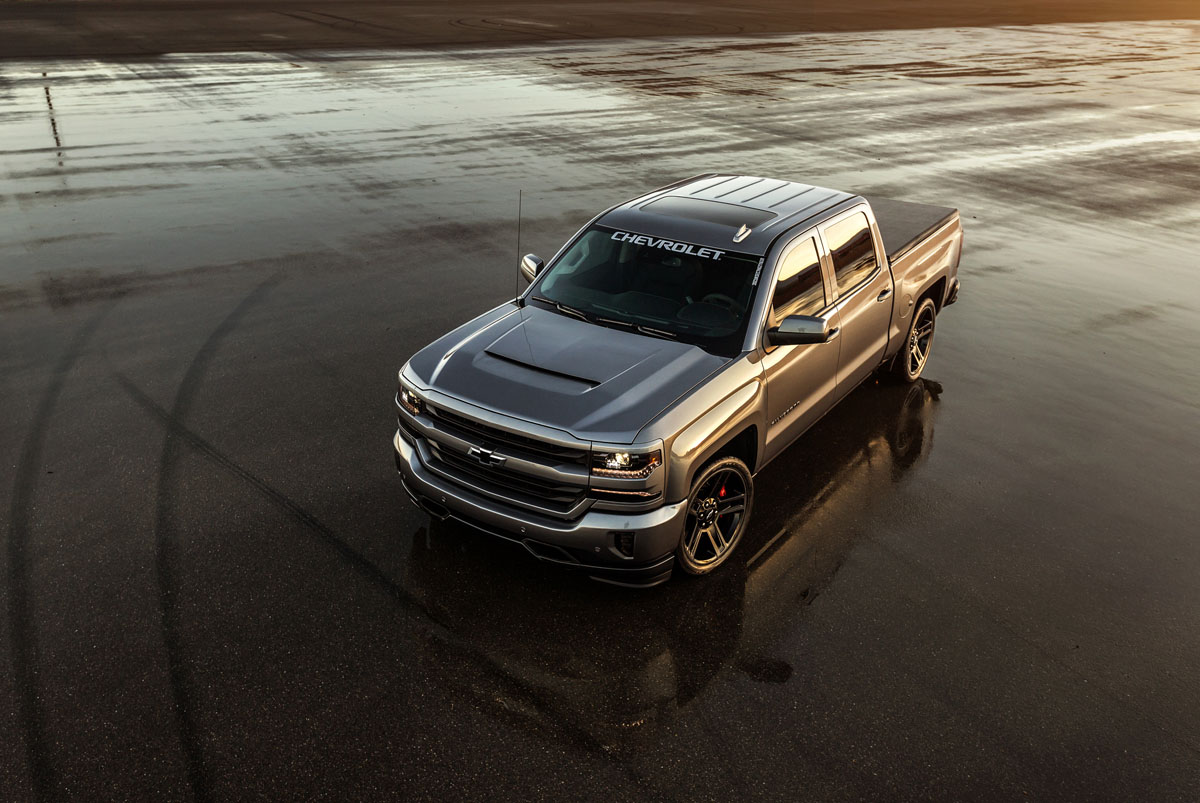 Visually, the new 2018 Chevrolet Silverado Performance Concept is more aggressive and intimidating than the stock vehicle it’s based on. The entire exterior is covered in an Enhanced Satin Steel Grey paint with custom exterior graphics. The grille surrounds and bumpers both wear the same paint finish while the headlights and taillights are smoked. A new hood, air ducts, and lower front fascia are special add-ons along with the Dark Android window mouldings. New 22-inch aluminum truck wheels with a custom finish and center caps are featured with performance tires for added grip. 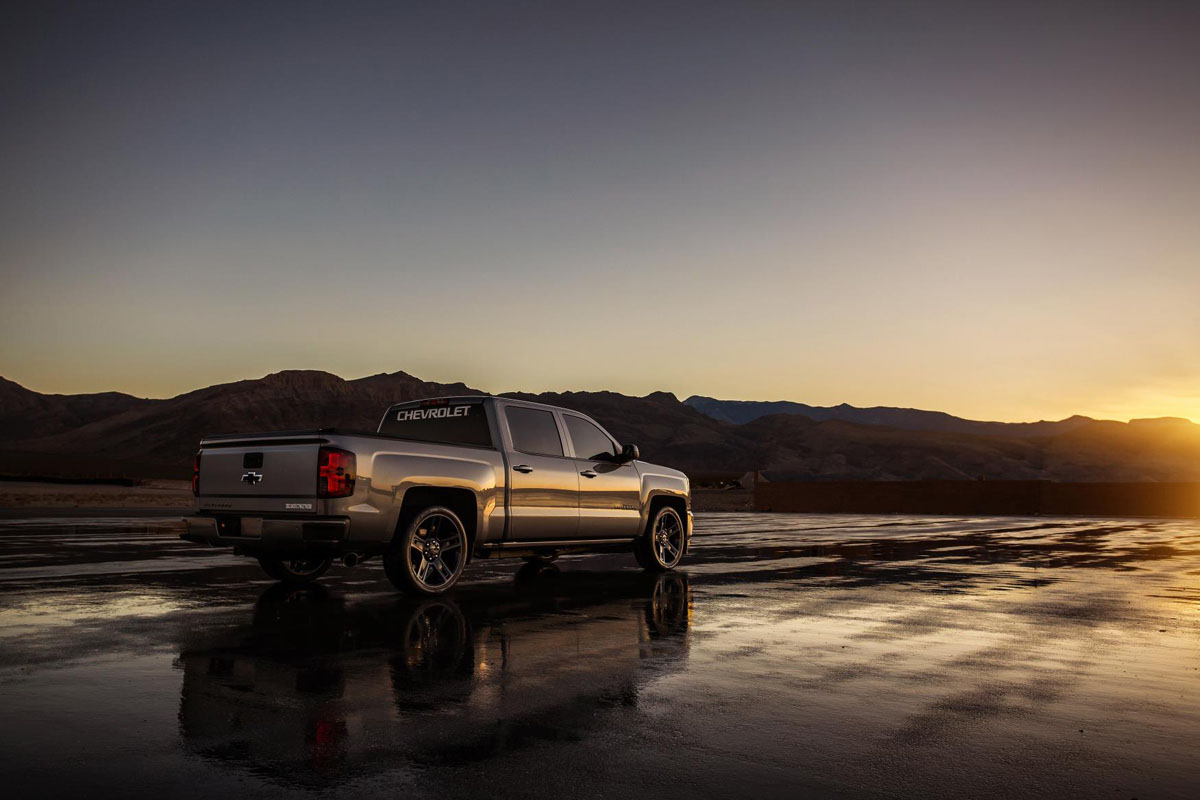 The new 2018 Chevrolet Silverado Performance Concept will be shown at the 2017 SEMA Show.