When you live in a region of the world that gets a lot of snow during the winter, then a proper set of rims and tires usually does the trick. For those that endure blizzards and double-digit snowfalls, then more aggressive measures are usually necessary. In Russia, the guys at Garage 54 have their own way of solving that problem.

You see, in Russia, snowfall is pretty common and it gets pretty deep. So, the team at Garage 54 decided to try making their own rims and tires for the snow using 3,000 nails. 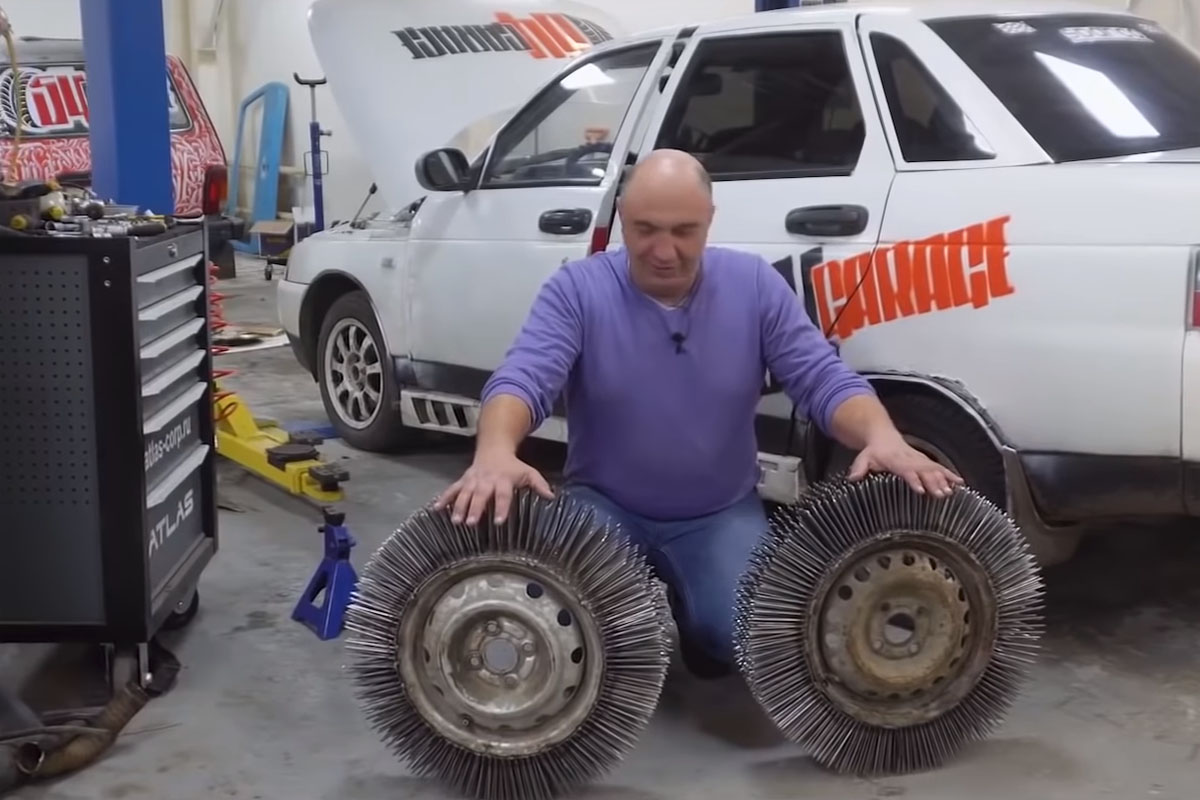 The team got buckets of nails, two steel wheels, some sheetmetal, a welder, and then got to work. They were able to wrap the sheetmetal around the rim and weld it prior to individually welding each nail to create the winter rims and tires.

After bringing their car out to an empty, snow-filled parking lot, they swapped on the new rims and tires up front. Surprisingly the nails did not bend and generated a massive amount of grip. After a long time of driving, they decided to hit the throttle and see what happens. The result was the nails losing grip and bending, creating a slick metal wheel and tire combo.

Well, it was fun while it lasted.