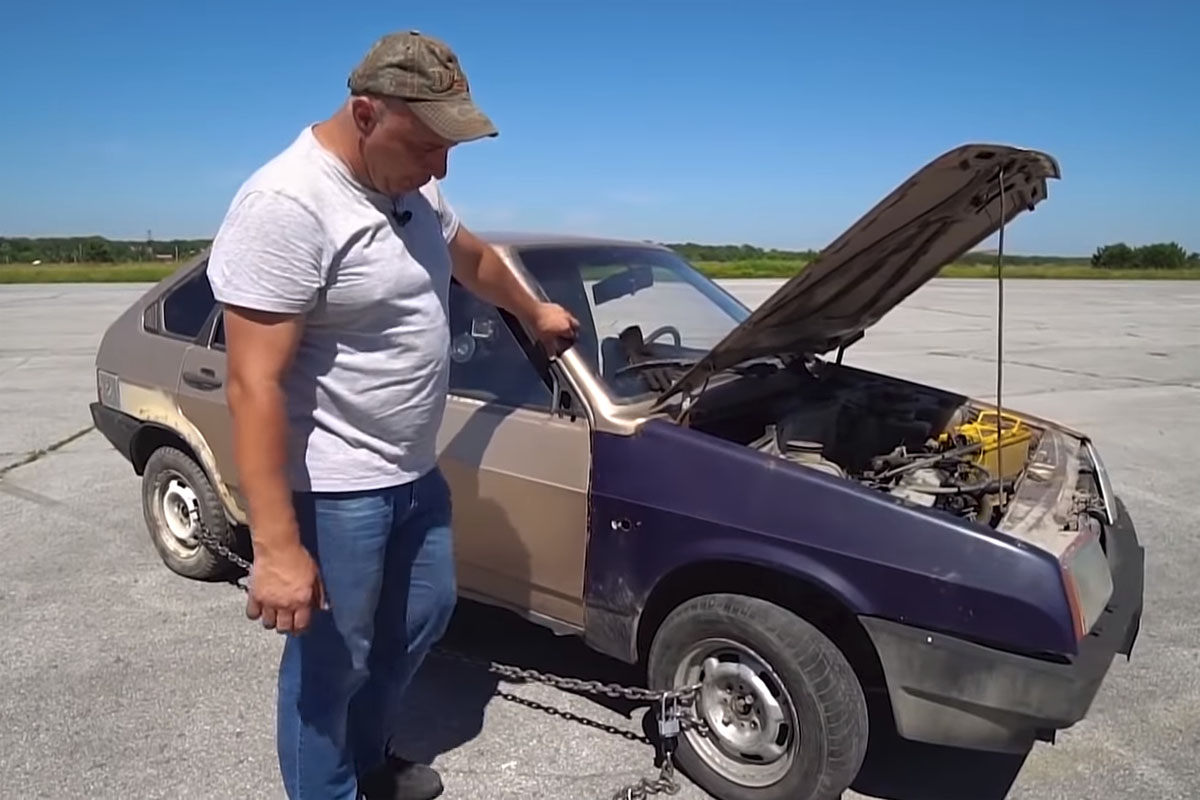 The guys at Garage 54 on YouTube have been doing all sorts of crazy things to cars and other vehicles for years, replacing tires and rims with various things, gluing doors shut, and using wooden pistons in an engine. These Russian mad scientists are up to more fun stuff yet again by chaining all sorts of things together on a Lada.

This poor Lada knew that it’s life was over as soon as the guys at Garage 54 got their hands on it. For this video, it started by having its door handles chained and connected to a pole before being driven away. Of course, the handles were quickly ripped off. Next, the A-pillar was chained and the same experiment was performed, only to see the A-pillar get torn apart. 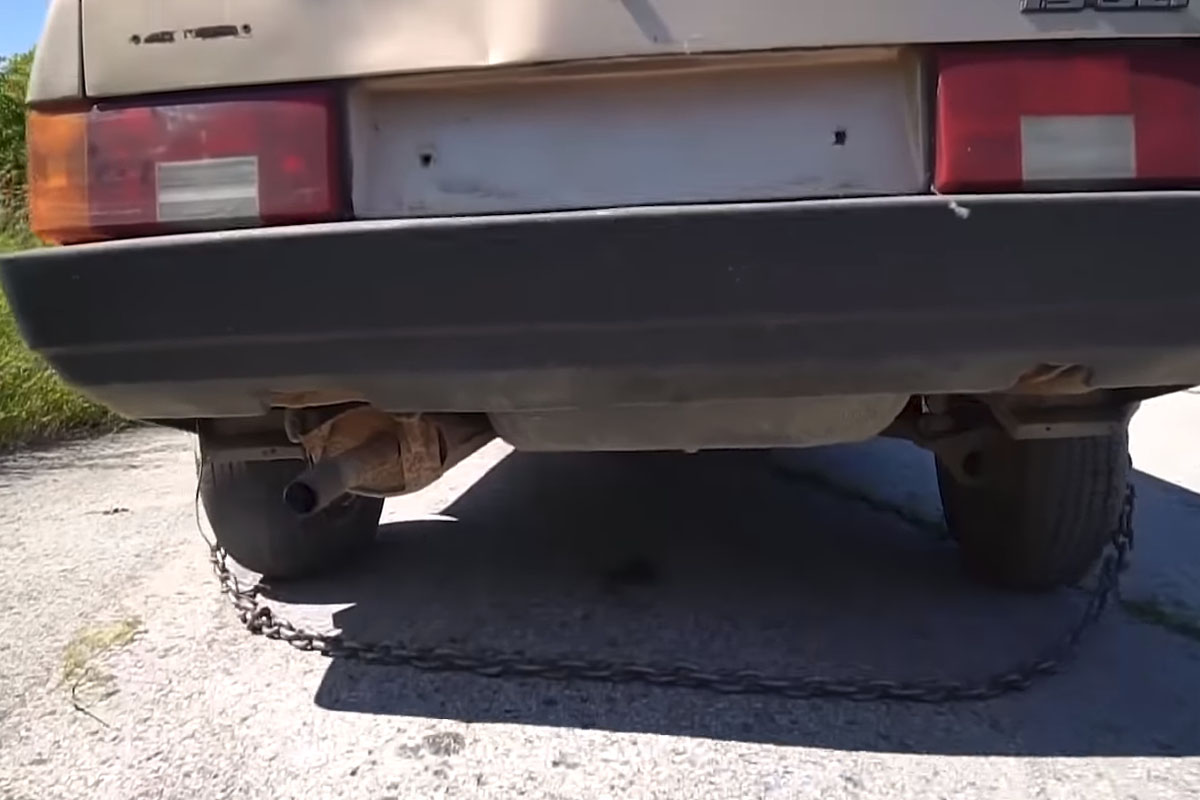 So, they decided to chain the two rear tires and rims together on the front-wheel drive car to see what happens. Being that there is no drive to these tires and rims, the car rolled forward and everything stopped rotating, making this somewhat of a makeshift drift car.

After that, the guys decided to chain the tires and rims on the same side. The result was everything locking up and pulling the front rim outwards.