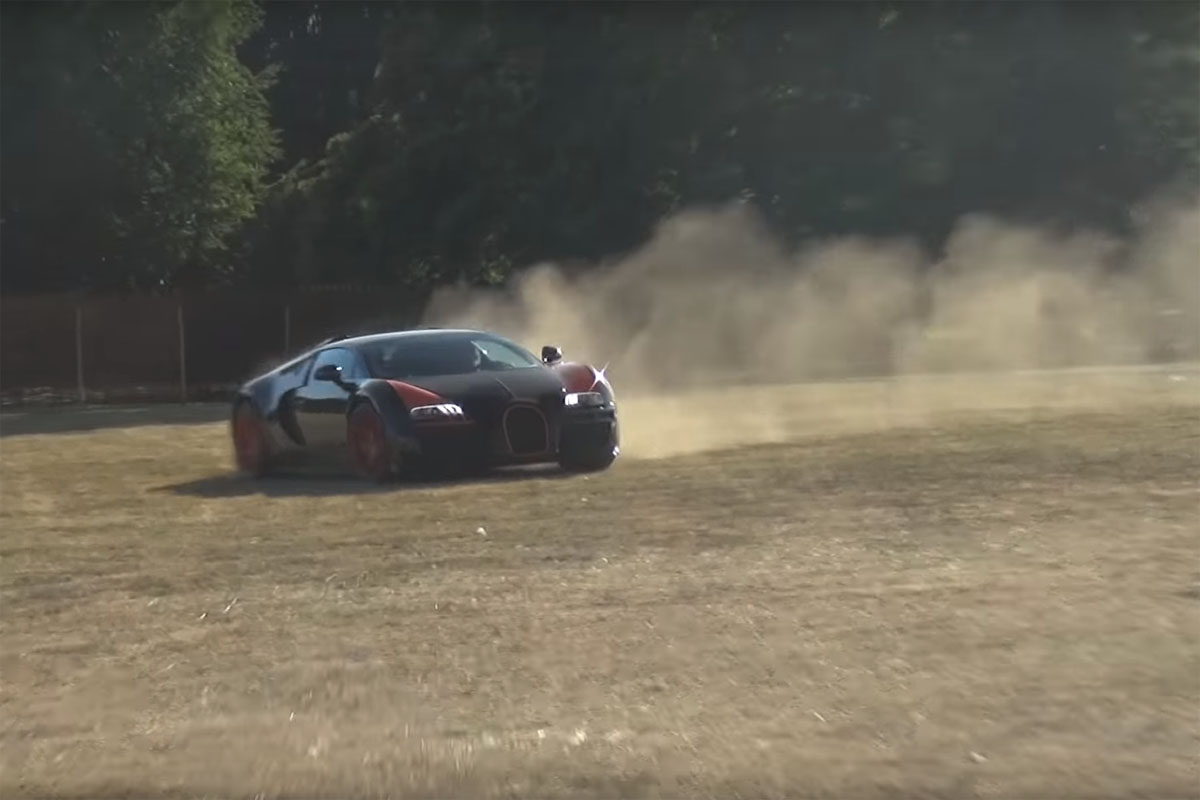 You won’t see this happen often.

One of the most exclusive and expensive high-end, high-performance exotic cars in the world is the Bugatti Veyron. Only 450 were made and out of those 450, only 8 are the special Veyron Grand Sport Vitesse World Record Edition models. And boy do these things know how to put the power down to their car rims.

Unlike the standard Bugatti Veyron model, the Veyron Grand Sport Vitesse World Record Edition is a special, limited-run model costing about $2.2 million. These models celebrated the Bugatti Veyron Grand Sport Vitesse model’s 254.04 mph top speed record achieved in 2013 and only 8 total were made. Each car uses its 8.0-liter, quad-turbo W-16 engine to send a total of 1,184 bhp at 6,400 RPM and 1,106 lb-ft. of torque from 3,000 to 5,000 RPM to all four car rims, resulting in utterly incredible acceleration. 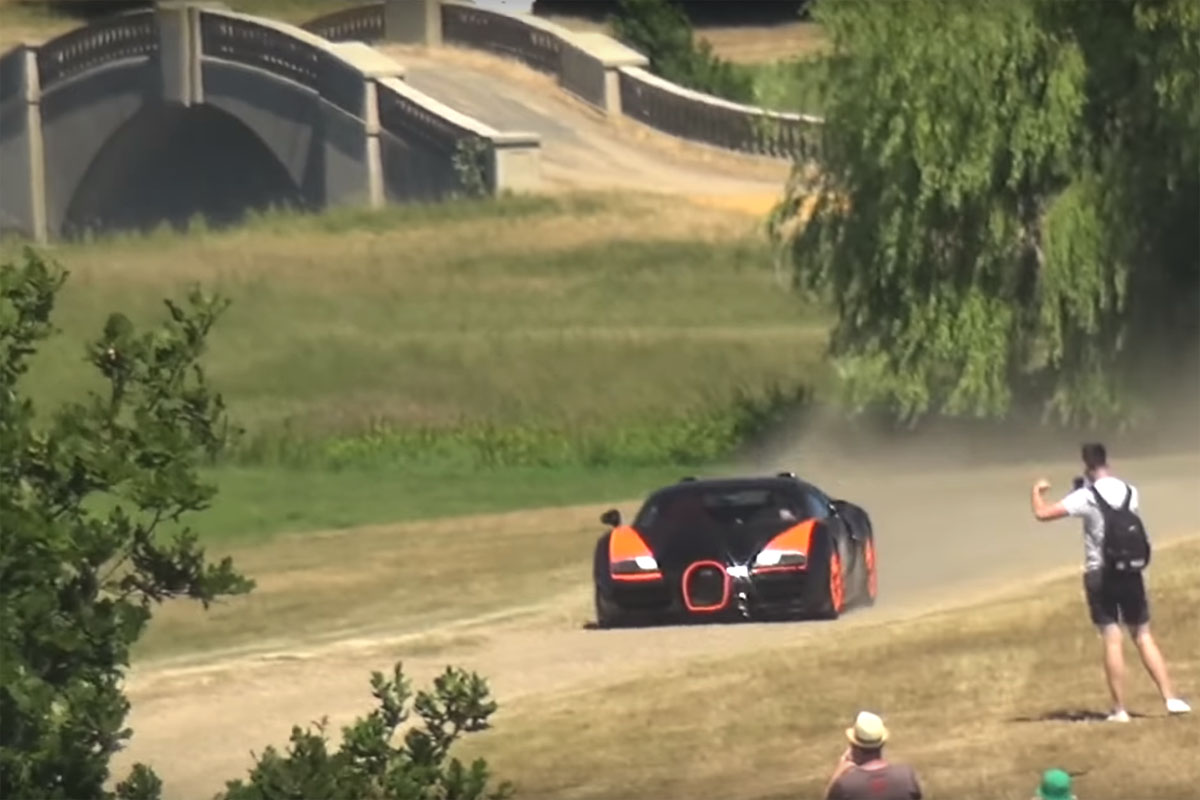 At the 2018 Heveningham Hall Concours d’Elegance in Suffolk, England, one owner of a Bugatti Veyron Grand Sport Vitesse World Record Edition decided to drive it like it was meant to be driven through a rally stage and put those multi-million-dollar car rims in the dirt.

Instead of just entering the car in the show aspect of the concours, this owner decided to take it through the rally stage. And, this wasn’t just some rally stage, it was a full-on dirt course surrounded by trees, where one mistake would lead to almost certain death. Despite that, this driver put the power down to the car rims and sped through the stage then did some drifting on the lawn for everyone to enjoy.