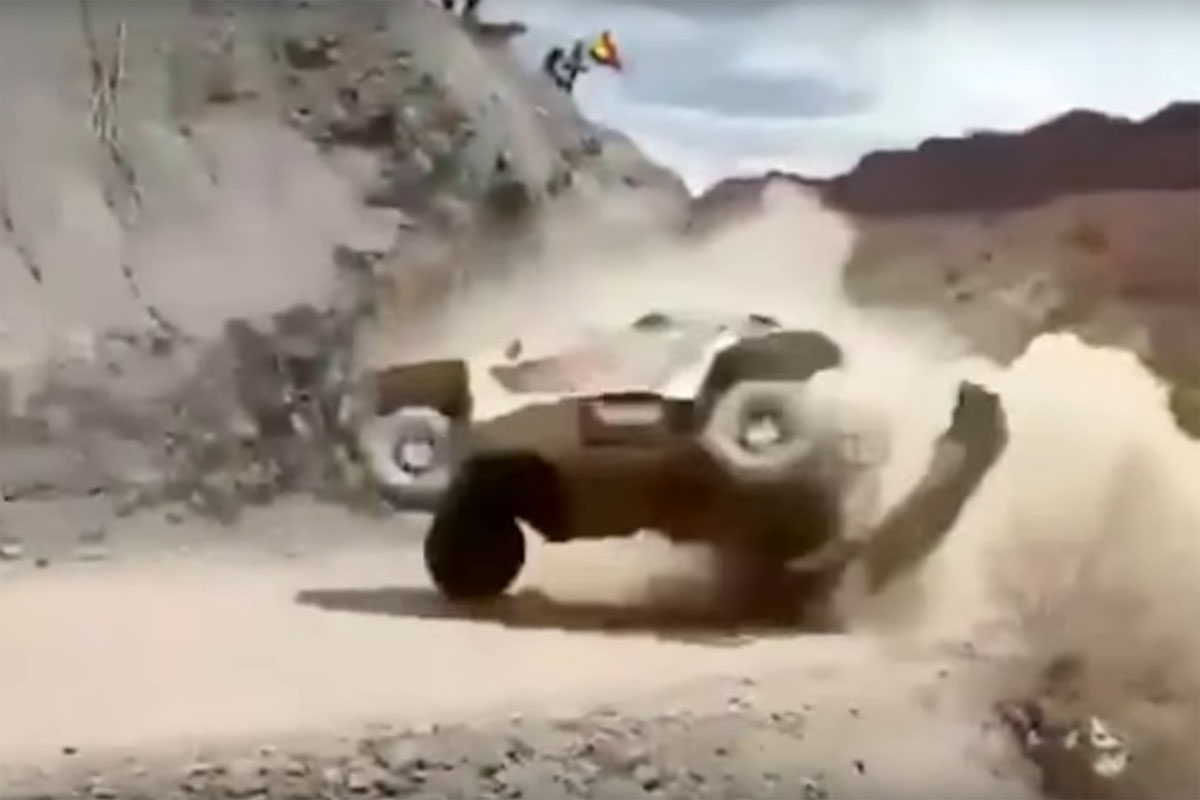 One of the toughest endurance races is Dakar. The race spans thousands of miles through rough terrain in unforgiving conditions. Drivers and vehicles are pushed to the limits as their off road wheels claw at anything in an effort to get to the finish line as fast – and safe – as possible.

But sometimes, vehicles break down or crash. Both of which are very hard to see, especially the latter. At the most recent race, one driver flipped his Peugeot into the air and saw his off road wheels fly away as he rolled into a ravine. 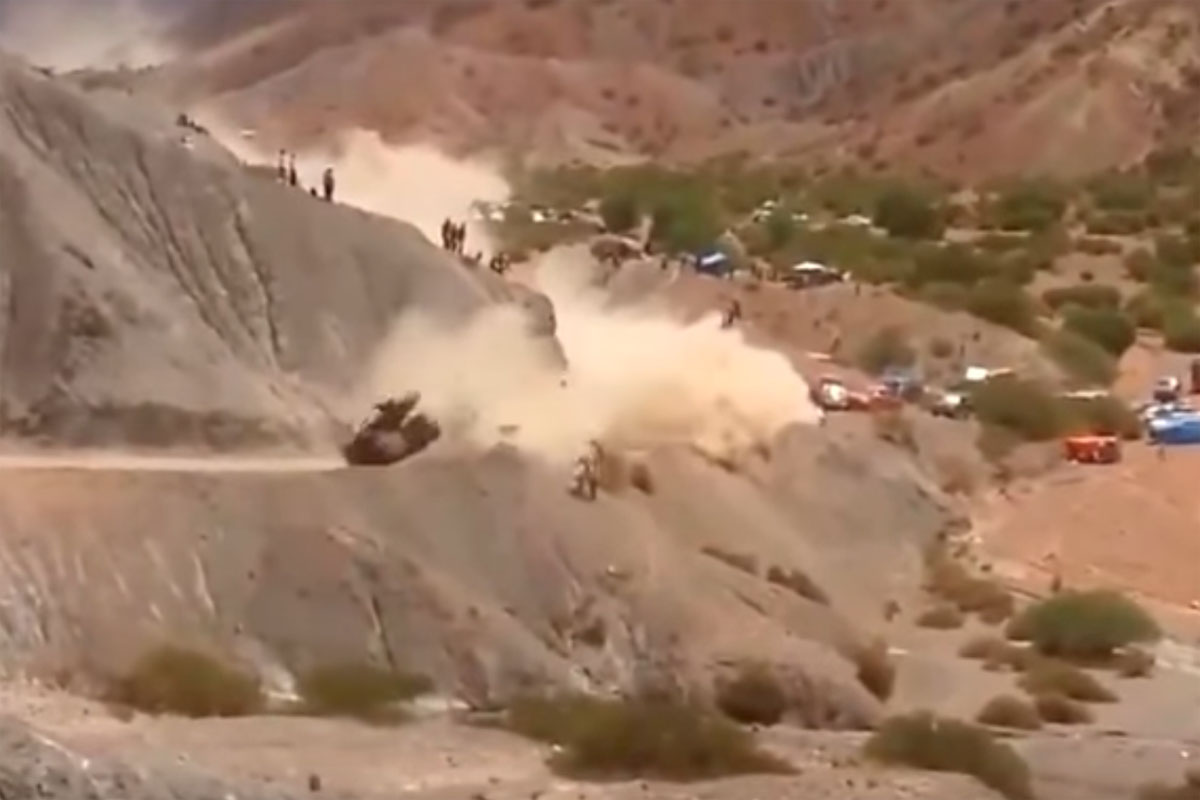 At the 2017 race, Carlos Sainz was piloting a Peugeot 3008 DKR in Stage 4 around a blind curve and lost control. The vehicle began to oversteer and slide in the dirt as the off road wheels struggled to get grip. The Peugeot then went sideways and began to roll right towards some spectators who were filming, narrowly missing them.

Sainz and the Peugeot rolled into the ravine, where they spent hours trying to fix their vehicle and get out, only to be forced to retire. Thankfully, the car nor its off road wheels hit either of the spectators that were filming at the time, which would have easily caused some serious injuries.