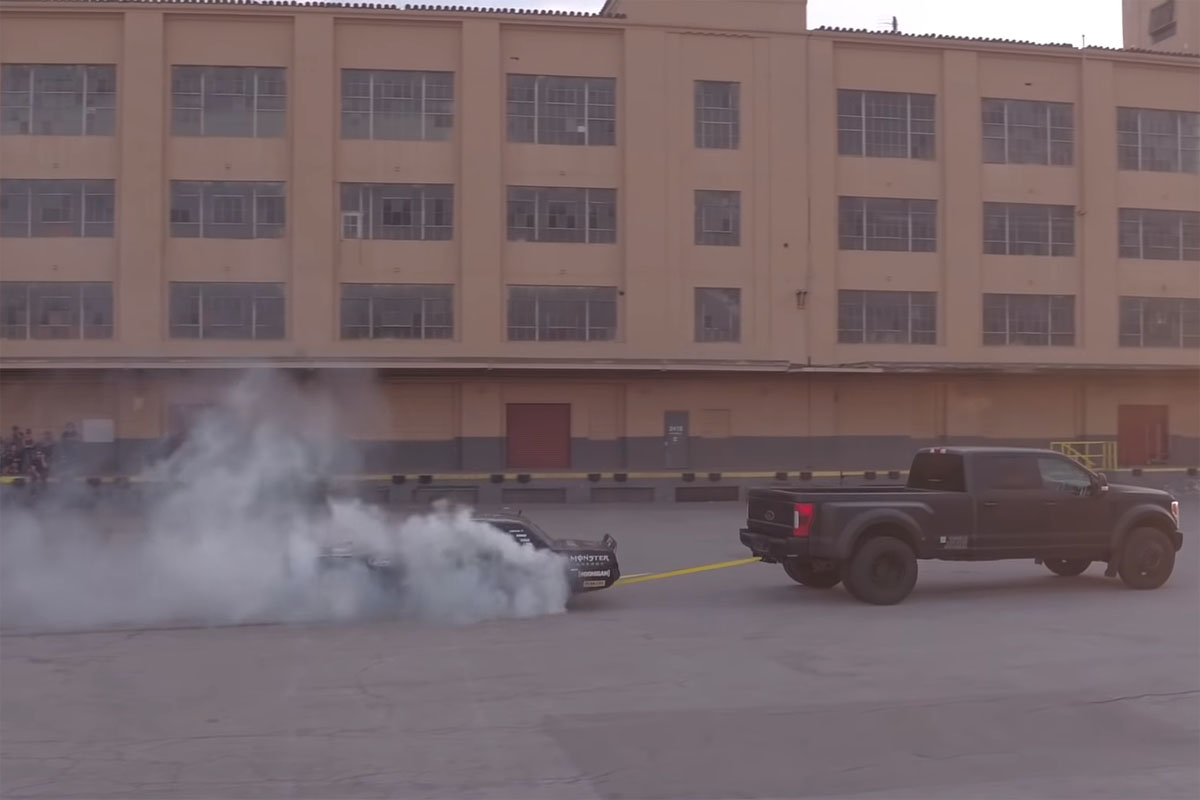 We all know the legend that is Ken Block. His Gymkhana videos are amazing pieces of driving artwork as he just shreds through wheels and tires with unmatched skill. This time, he’s back at it with an idea to kick-start his YouTube channel after a long hiatus.

Block has been told that he needs to get active on his channel again, so he decided to kick things off with a bang. His idea was to take a Ford F-450 Super Duty truck and tow his Hoonicorn all-wheel drive Ford Mustang while doing donuts and burning through wheels and tires in the process. 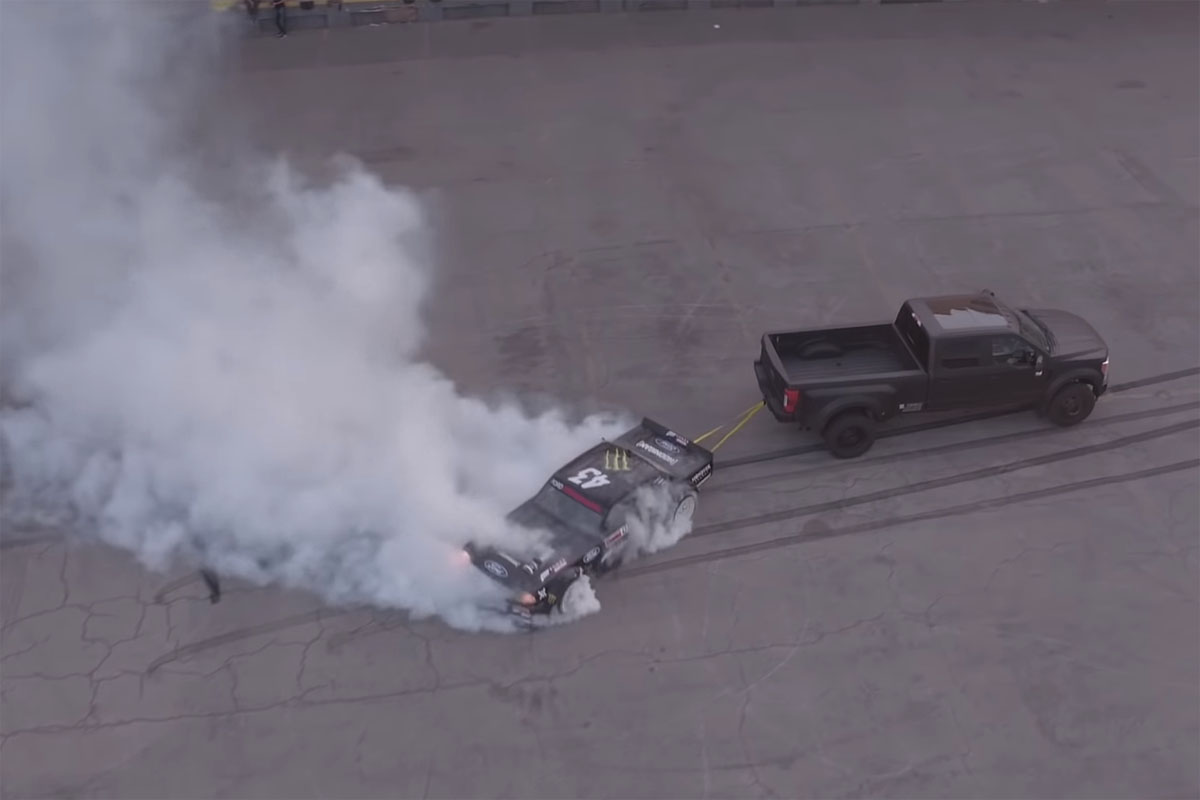 About 60-percent of the video is Block and his Hoonigan team planning out and setting up the stunt. The logistics aren’t as complex as his Gymkhana videos, but it still takes a considerable amount of planning and work to get things just right and see an eruption of smoke from these wheels and tires.

Ken Block’s 1,400-horsepower, twin-turbocharged all-wheel drive Ford Mustang “Hoonicorn” was hooked up to the Ford F-450 Super Duty with a set of tow straps and pulled by the beasty truck. The F-450 clearly has more grip and weight, allowing Block and the Hoonicorn to just spin those wheels and tires with ease while being pulled.

The stunt itself isn’t ground-breaking, but it’s so much fun to watch the insane burnout while melting with envy at the Hoonigan’s massive tire budget.