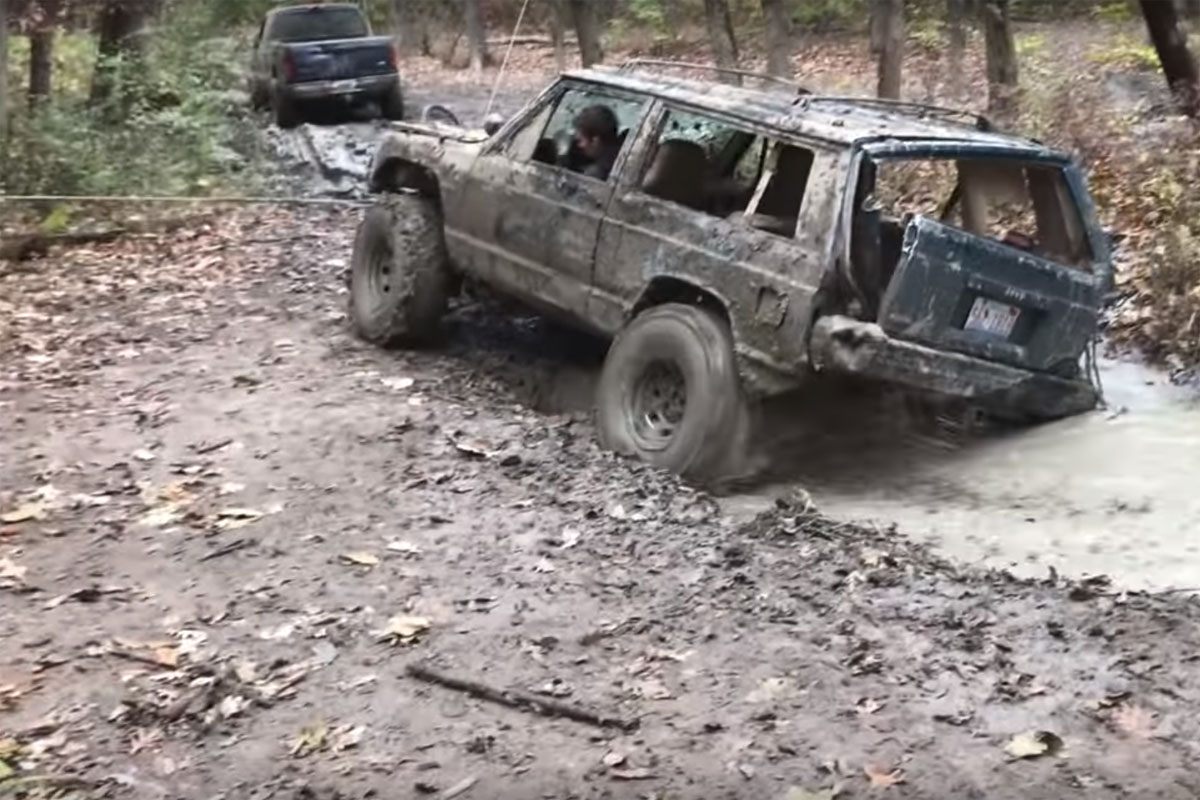 We’ve all been off-roading before. Sometimes, the most fun to be had is with an old, beat up truck, SUV, or car that’s on its last legs. A set of cheap rims churning through the mud and muck without a care in the world behind the wheel can be a liberating and gloriously fun experience. 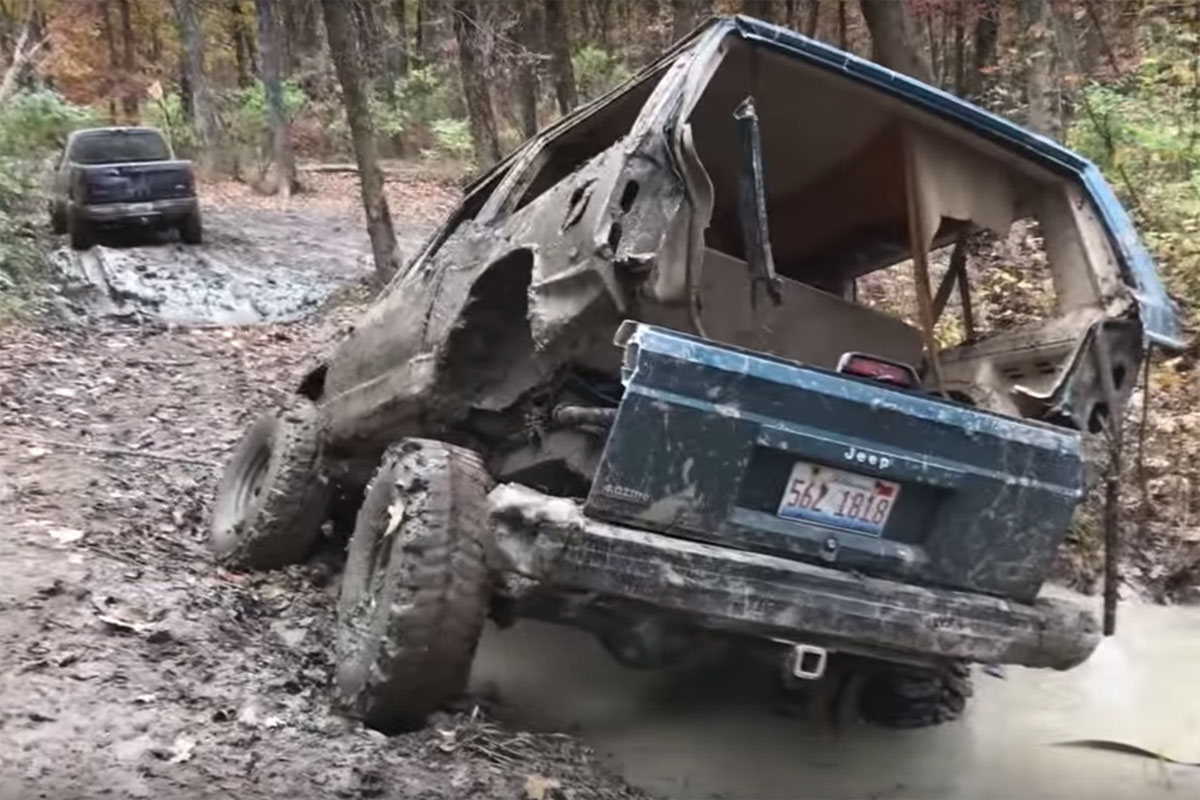 But driving around in those cheap rims over hazardous terrain will most likely lead to the need for some kind of repairs shortly afterwards. Take this Jeep, for example. A few friends thought that it would a great idea to go out on the muddy trails and do some off-roading with the old battle axe.

After getting stuck in the mud with the cheap rims and tires not getting any traction (or too much at one point), the chassis and powertrain of the Jeep became detached from the actual body. Yes, the entire body of the SUV was ripped off of the chassis as the driver tried to escape this muddy pit.

The power and torque combined with the strength of the mud and muck made the powertrain, chassis, and cheap rims stick and bend in a way that sent the body of the four-wheel drive SUV in a separate direction.

It’s amazing and hilarious at the same time.