When it snows, all sorts of vehicles get stuck. It doesn’t matter if you have the biggest SUV with off road wheels and meaty snow tires, if you can’t properly drive or get into a bad situation, you’re going to get stuck. That’s why it’s always good to have helpful people out there like this Suzuki Samurai aka Jimny driver.

This SUV might be small and compact and relatively underpowered compared to its full-size V-8 powered American counterparts, but it has a furious character. The turbocharged engine isn’t a real brute, but it’s peppy and drives all four off road wheels out of trouble. 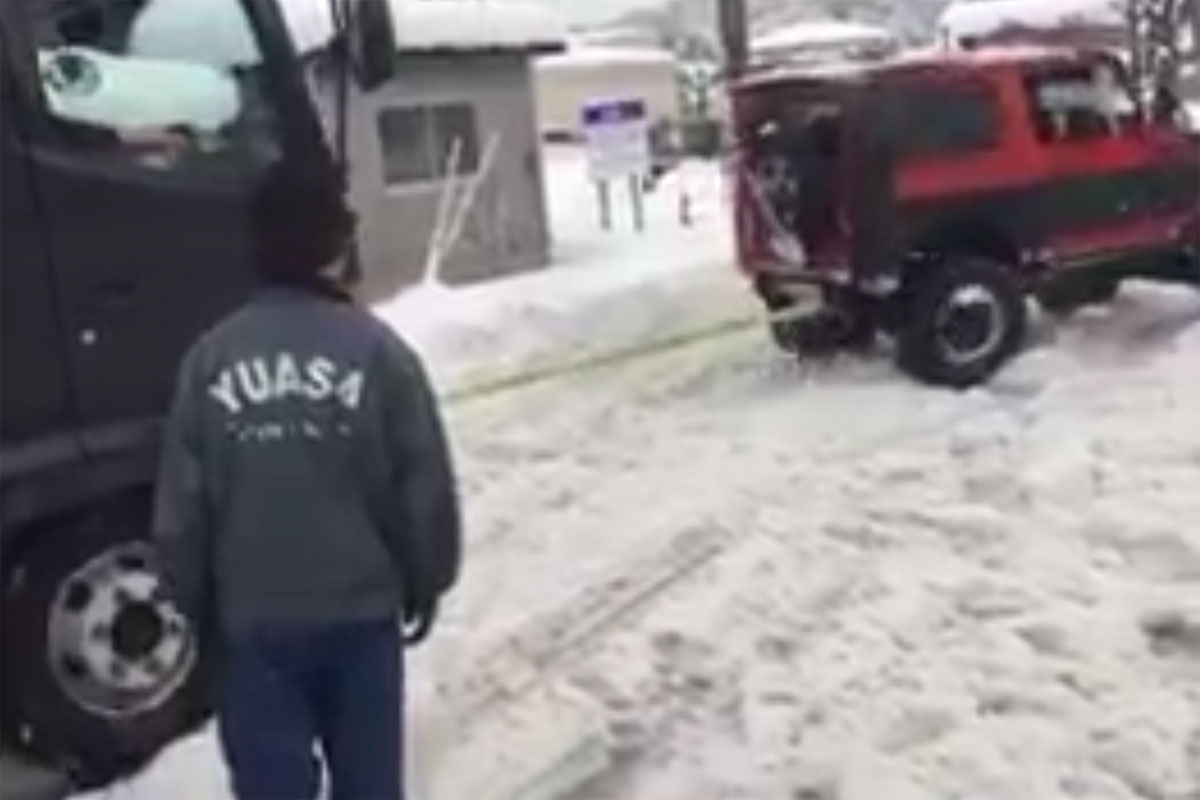 So, when this box truck got stuck in the snow, this tiny four-wheel drive turbo terror stepped up to the plate. The SUV attached a tow strap to the stuck truck and poured on the throttle in an attempt to use its weight to jar the truck loose. All four off road wheels dug into the snowy road and the SUV whipped around like a rabid dog trying to get the truck to break free.

Thankfully on the second attempt, the Suzuki was able to get the truck nudged just enough to get it unstuck from the deep snow.

Now we want to go find a turbocharged Suzuki Samurai and modify it with some suspension upgrades, off road wheels, and a couple of engine modifications!