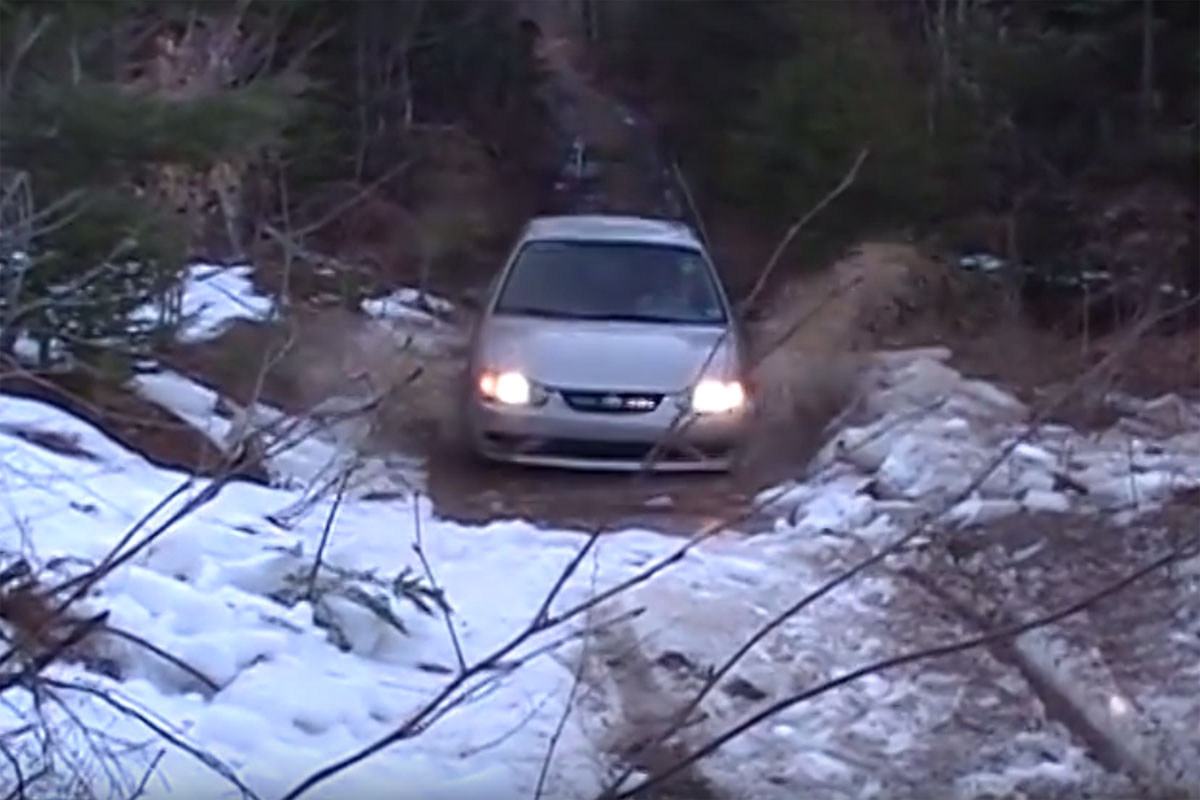 You don’t need a truck!

Have a set of cheap rims just sitting around on an old beater? Well, why not take it up a mountain? That’s exactly what these guys did with a 2002 Toyota Corolla that was on its last legs, because why the heck not? Their little adventure and video series shows that you don’t always need a big truck, 4×4, or meaty off road wheels and tires to get the job done and have some fun.

Not only was one Corolla enlisted for the job, but two of these Japanese appliances complete with their cheap rims and beat up bodies. While they’re not built for off road duty in the slightest bit, they were thrown into service and performed, well, just as you’d expect.

Of course, traction in the snow, dirt, mud, and ice wasn’t easy to come by for the Toyota Carollas and their cheap rims and tires. The wilderness proved to be a tough task for them to handle, however they did get a few slashes and excitement along the way.

So, next time you’re thinking of just driving your car with its beat-to-hell body, suspension, and cheap wheels over to the junkyard, have a bit of fun off roading with it first!