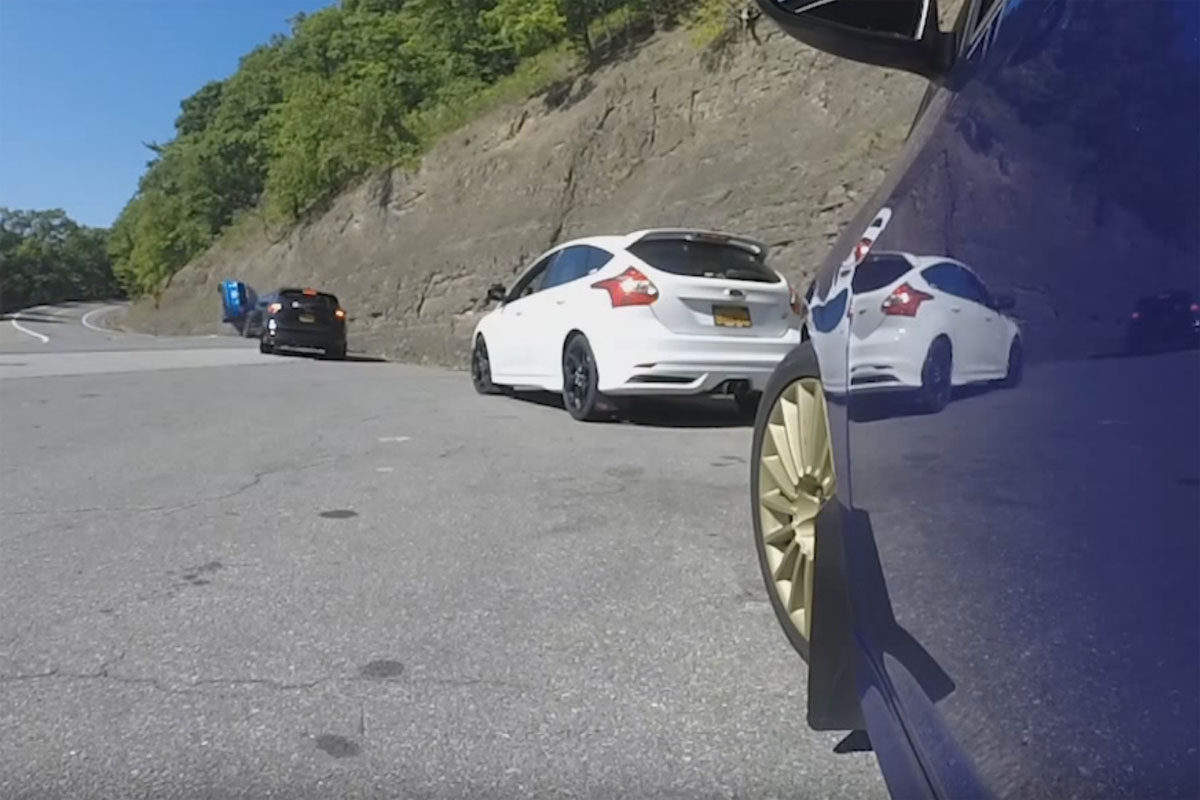 The new Ford Focus RS is one of the baddest hot hatches available and its car wheels are used to grabbing at the pavement and going sideways. One of the cool features that comes stock is a ‘Drift Mode’ that gives drivers the ability to go sideways in their all-wheel drive car. That however doesn’t mean that you should go drifting.

Drifting properly requires a lot of control, a steady hand, and knowledge of your car’s behavior. From the throttle, to the weight dynamics, car wheels, tires, and engine’s performance, you have to be able to interpret data and compensate for a proper, controlled drift. Even in ‘Drift Mode’, it doesn’t mean that there won’t be accidents. 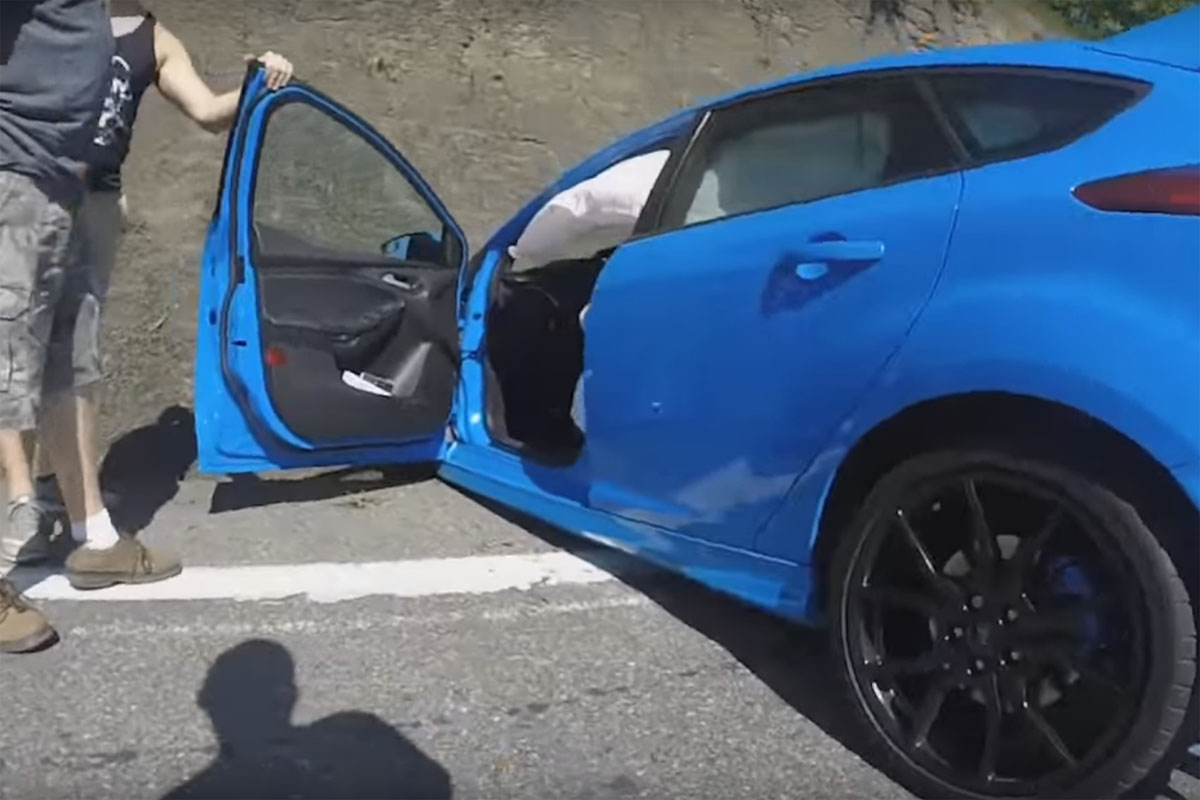 The NYST (NY ST Club) was out for a cruise one weekend on winding roads when one member decided to show off and drive recklessly in ‘Drift Mode’. The goal of the cruise was to simply enjoy a nice drive on some public roads with their winding curves through the hills. After a part of the group pulled over outsize of New Paltz, NY, the sound of screeching car wheels could be heard in the distance as one member slid into view around the hairpin curve.

The only problem was that this driver’s Ford Focus RS was sliding right towards a rock face and there was nothing they could do to stop it. With the car wheels trying to stop, the Focus RS went off the road and right into the rock face.

Thankfully, nobody was hurt in the accident except for the car and the driver’s pride. The NYST Club also kicked this member out for good due to his irresponsible actions.