Chevrolet went all-out for the 100th running of the Indianapolis 500 during Memorial Day weekend with their historic Camaro pace cars lining the brickyard. The muscle car was this year’s pace car for the race and marked the 27th time since a Chevrolet has been used as a pace car – the most ever. A total of nine Camaros that served as pace cars lined up their custom wheels on the brickyard to celebrate the milestone event.

Sitting at the start of the lineup was the original 1967 Chevrolet Camaro RS/SS pace car that was used during its first year of production as a pace car. The 396-cu.in. big-block engine sports a white with blue stripes livery matched by its interior. 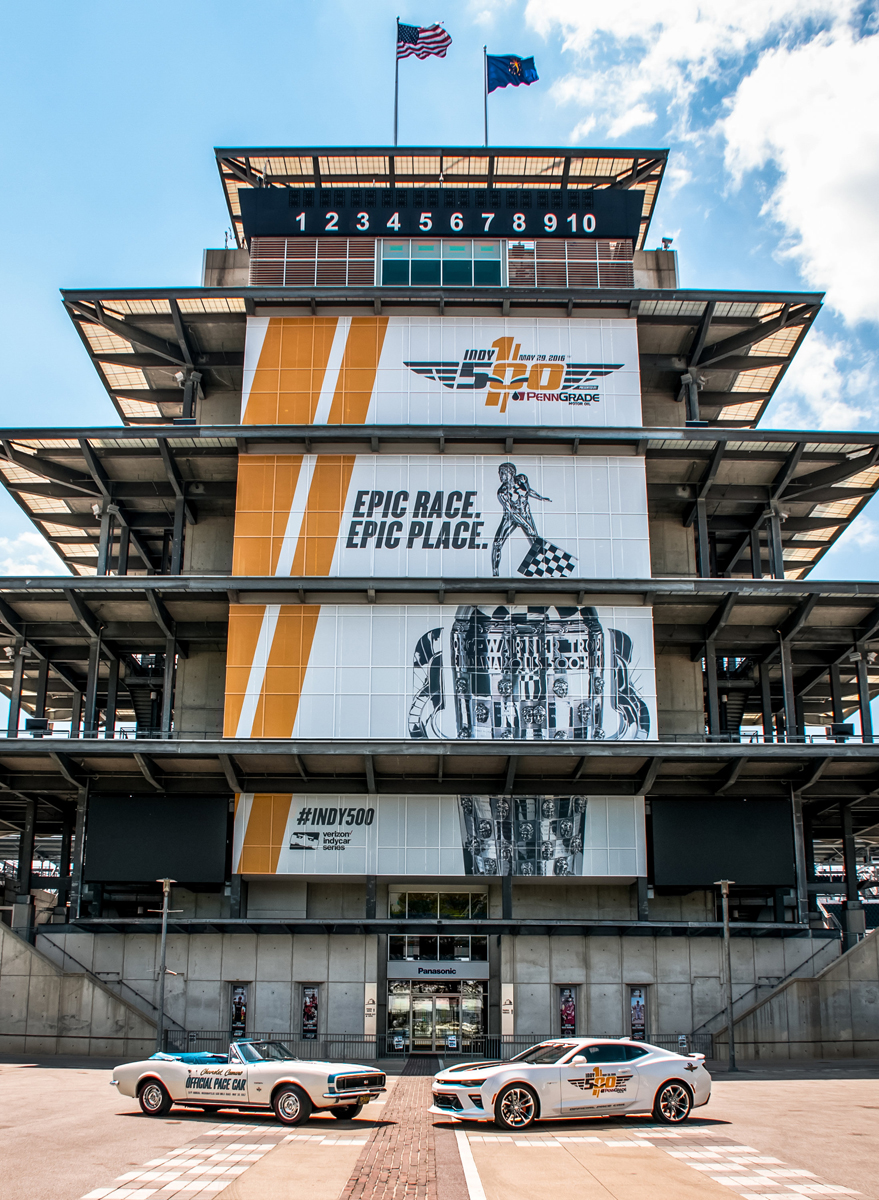 Next in line is the 1969 Camaro RS/SS pace car wearing an orange-over-white paint scheme and packed with a 396 big-block V-8 engine. A total of 3,675 replicas were built from the original two pace cars.

The 1982 Chevrolet Camaro Z28 was the next to hit the brickyard with its custom wheels. The third-generation Camaro featured an all-aluminum lightweight small-block V-8 engine. Jim Rathmann, who also drove the 1969 Camaro pace car years prior also drove this model at the Indy 500 as a pace car, of which 6,000 replicas were built.

Next up is the 1993 Chevrolet Camaro Z28 which marked the launch of the fourth-generation model. A striking black-and-white paint scheme with multi-colored ribbons drew quite a bit of attention with its matching custom wheels. Its LT1 produced 275 horsepower and spawned 645 replicas along with 125 that were festival cars during the event that year.

Alongside the 1993 model is the 2010 Camaro SS that was used in the 2009 Indy 500 to mark the launch of the fifth-generation models. The fifth Camaro used as a pace car in the race boasted a 6.2-liter LS3 V-8 engine sending 426 horsepower to the rear custom wheels, and was driven by ‘Transformers’ actor, Josh Duhamel. 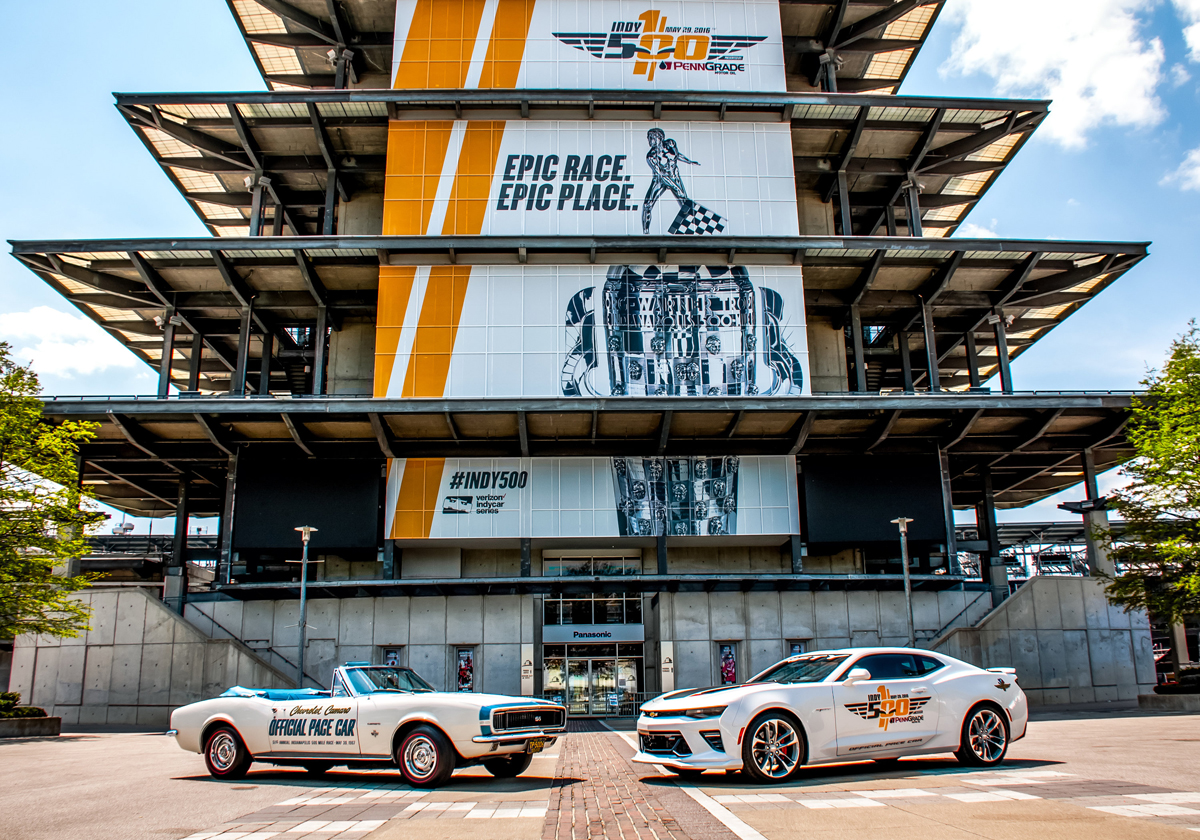 Bringing home the three-peat was the 2011 Camaro SS with a white-and-orange color livery that paid tribute to the 1969 car. A.J. Foyt drove the car during the Indy 500 and a total of 500 replicas were built.

Up next is the 2014 Chevrolet Camaro Z/28 that was driven by three-time winner, Dario Franchitti. This Z/28 boasted a 7.0-liter V-8 with 505 horsepower and hardcore track-spec equipment such as carbon ceramic brakes, 19-inch forged custom wheels, and a tuned suspension.

The last, but not least, is the 2017 Camaro SS 50th Anniversary Edition for the 100th Running of the Indy 500 that was used in the 2016 race. Special graphics are used throughout the model inside and out, and lots of special upgrades come standard. The Camaro 50th anniversary package that takes after the pace car goes on sale in the summer of 2016.