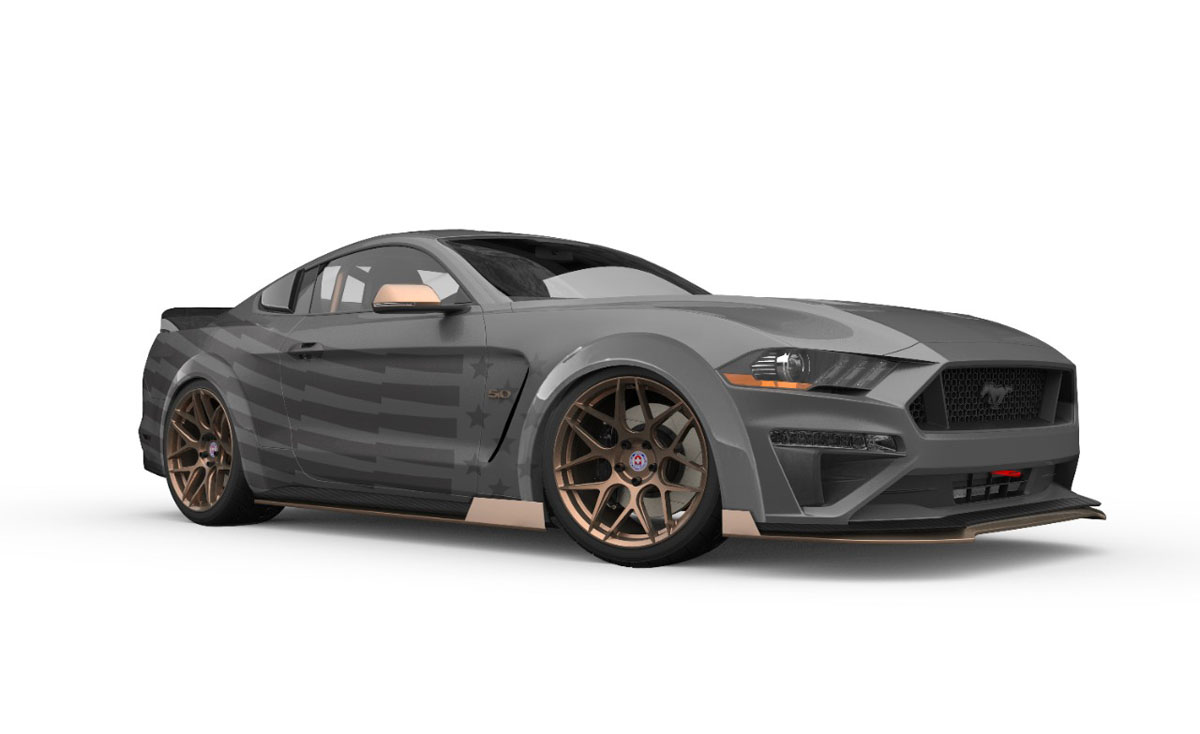 The Ford Mustang is already set up to be a great muscle car for drifting and having some serious fun right from the factory. The team at CJ Pony Parts teamed up with Ford to bring a 2018 Mustang GT to SEMA that’s packed with all sorts of aftermarket and Ford Performance goodies such as car wheels, engine upgrades, and styling to become a drift star.

The new CJ Pony Parts “Smoke Show” SEMA show car is based on the 2018 Ford Mustang GT Fastback. From the factory, its 5.0-liter naturally-aspirated V-8 engine spits out 460 horsepower at 7,000 RPM and 420 lb-ft. of torque at 4,250 to the rear car wheels. After CJ Pony Parts threw on a new Ford Performance/Roush supercharger, cat-back exhaust with carbon fiber tips, and short-throw shifter for the six-speed manual gearbox, that performance got turned up to 11 and so did the sideways fun.

Under the new body work sits a new set of Ford Performance track lowering springs that brings the ride height down for the new car wheels. There’s also new UPR independent rear suspension upgrades and a Sikky Manufacturing hydraulic handbrake for all those times when you want to control your slide.

Hitting the pavement and making all sorts of skid marks are a new set of Michelin Pilot Sport 4 S tires that measure 265/35 ZR-20 up front and 305/30 ZR-20 on the rear car wheels. Gone are the factory rims and in place are new HRE FF04 rims with a stunning Satin Gold finish.

The new CJ Pony Parts “Smoke Show” Ford Mustang GT will be on display at the 2018 SEMA Show.